Well Black Friday has come and gone and finally most of my stuff I grabbed has arrived. I not only grabbed a ton of the bitz and pieces I needed to complete at least two of my Iron Warrior projects but I also dove head first into two new games.

So what did I get? Well:

-       An order of foam from Battlefoam. Custom cut for my two new games to fit in my shield bag I got for free at Adepticon last year as well as two 5-packs of 1.5” foam for my SD trays.

-       A bevy of glorious bitz seen in these photos below 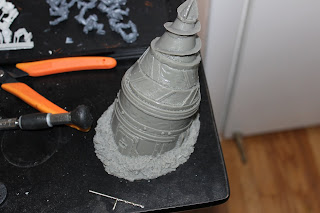 A multitude of weapon and bionic bitz from Anvil Industries 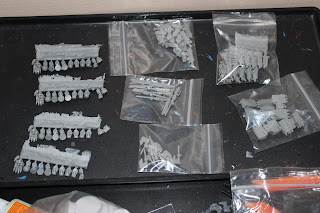 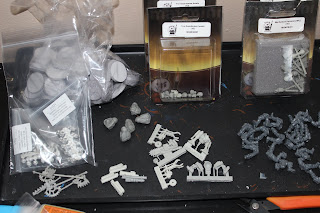 -       An entire Federated States Fleet and Moderate Airforce for Dystopian Wars as seen in the custom battle foam here. 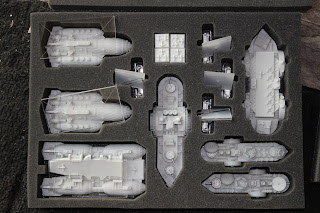 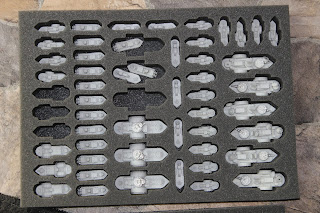 -       My Imperial and Rebel forces for the X-Wing Miniature Game also shown here in their custom cut battle foam. 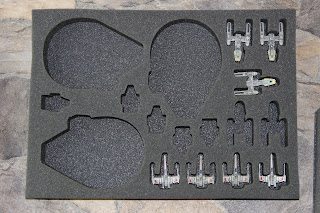 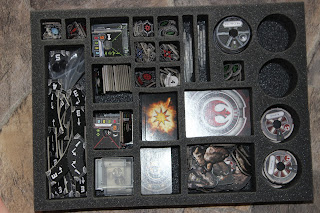 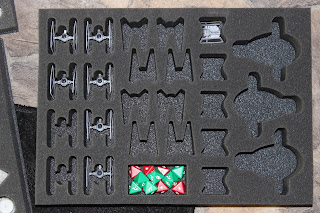 And there are still some more items to come in. Overall it’s looking like it’s going to be a heck of a fun next few months building up and painting my haul. And none of this includes the Dreamforge Plastic Leviathan’s (Counts-as Warhound Titans) that should be showing up on my doorstep in early January as well as a massive dose of Sedition Wars which I’m looking forward to around the same time.

About those two new games. So I have a very short attention span as many of you have probably noticed. I do tend to see new games and really want to dive into them. However I generally manage to hold out based on the fact that I might not be able to play them. The times I haven’t managed to hold out has left me with 3 large Epic 40k Armies and a huge BFG fleet that includes both Imperial, Adeptus Mechanicus, and Space Marine ships.

I happily took the chance to pick up a few more X-wing figures on the cheap simply because locally it’s a very popular game and it’s pretty fun. It’s relatively cheap to get into and since I generally play at the I figured it was a solid investment.

I also took advantage of 40% off of Spartan games products to grab my favorite looking fleet and the rule book for Dystopian Wars. For a relatively minor investment I pull down an enormous fleet and the foam to store it. I figure just the time spent painting will make this purchase worth it but there is also a small group that meets at a local game store that try to get games in so I might at least get to play once in a while. I’m a little more worried about getting to play this game than I am X-wing but I’ve been looking at it so long I couldn’t help the plunge.

Well, I figured I’d share some of my non-40k related stuff with you guys as it’s nice once in a while to throw out some of my other hobby stuff but have no fear. There is quite a bit more 40k stuff to come.
Posted by Hulksmash at 5:00 AM