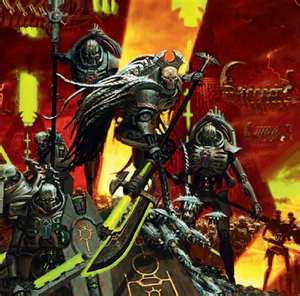 This weekend I had a little time to get started on my Necrons and I figured I'd share the beginnings of my newest army.

Tournament Off Season and Next Year

Well it’s that time of the year. The time of the year where GT’s start to dry up for the 2-3 months except for a rare few. It’s the time of the year that I normally find my interest in 40k waning slightly which is one of the reasons I’m so excited for the Necron codex to light a new fire under me for the hobby. I am looking forward to the new year as there are no 2-day events that I’ll be able to attend until February when the season starts back up for me at least. There are a few RTT’s between now and then but nothing truly large until February.
Read more »
Posted by Hulksmash at 11:21 AM
Tournament Off Season and Next Year
2011-10-28T11:21:00-07:00
Hulksmash
Comments

While I wait for concrete information on the new Necrons J

As you guys know I played at the Ard Boy Finals last week and finished somewhere in the middle going 2-1. I took an all foot and mostly jumper based Blood Angels army that included Dante and the Sanguinor. That being said the events of the weekend got me thinking a wee bit about something that would be fun and that I pretty much already have painted to play given the chance. Here is the list and then we’ll talk about it a bit and my thoughts.
Read more »
Posted by Hulksmash at 12:32 PM
So....Blood Angels?
2011-10-26T12:32:00-07:00
Hulksmash
Army Lists|Blood Angels|
Comments

Off to the Ard Boyz Finals

Alright so I'm getting ready to head out for the Finals that are being held a mere 20 minutes from me (heck yes!). For the first round I ran Logan Wing and came in second. In the second round I ran a GK list with 3 Purgation Squads with Incinerators and came in third. I figured I'd stick with my streak and run a different codex this time. So I'm bring Blood Angels. And another all infantry army with no vehicles :)

Necrons – Ready or Not, Here They Come! 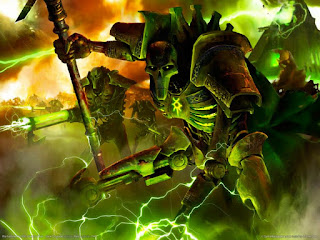 I’m Back!!!! Sorry I’ve been gone for the last two weeks but work has been kicking my ass and I haven’t had any urge to write honestly. I got a little burnt out towards the end of September and I think I’m finally starting to come out of it. Mostly due to the topic of this article….Necrons!
My information has come mostly from this article on Dakka and my thanks to Yakface there for providing so much info and to Kroothawk for keeping the front page updated: http://www.dakkadakka.com/dakkaforum/posts/list/403994.page
So unlike my fellow author I’m really excited for this release. I’ve always love the image of the Necrons since they were released at the end of second edition. I collected them briefly when the codex came out in 3rd but found that I didn’t have enough to grip onto to drag me in. I hated the idea of C’tan’s (granted back then I was much more a holier than though fluff/comp bunny) and the army had so few models, so few opportunities for conversion, and such a lack of depth fluff-wise that I was turned off and sold my stuff to some friends.
Read more »
Posted by Hulksmash at 7:29 AM
Necrons – Ready or Not, Here They Come!
2011-10-19T07:29:00-07:00
Hulksmash
Necron|
Comments

Email ThisBlogThis!Share to TwitterShare to FacebookShare to Pinterest
Labels: Necron

Hey folks! I wrote something on Dakka that I thought I would bring here. A poster is having some sportsmanship troubles for "winning too much" and it struck a chord.

Dracos writes:
There seems to be an inverse correlation between my sportsmanship score and my battle performance during a tourny. When I started out, I lost many games and got top sports scores. Now that I am winning most/all my games I seem to get a low sportsmanship score. I don't feel like my demeanor has changed during the game, but perhaps its something I'm not noticing. No one has said anything that they found objectionable, so I don't know what exactly it is. For all you guys who tend to win locally, how do you keep your sportsmanship score up while laying down a beating?


*laughing* OP, welcome to my life.

I'm probably going to regret everything I'm about to type, but....it is what it is. I'm going to give you a little backstory in hopes that you can relate - but this is what's happened to me, how it happened, and what I've done to overcome it. I win pretty consistently, both at the local and national level. I've suffered from poor sportsmanship scores at a few events, and some of those have been scandalous in their circles.

Read more »
Posted by Dashofpepper at 11:52 AM 1 comments