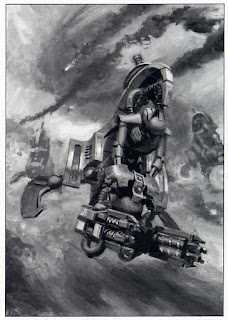 With the coming out of the FAQ I decided I'd do a bit of a redesign on my Tomb Blade list. Here is what I'm thinking would be pretty effective:

I’ve been incommunicado for a couple months now. I had back surgery near the end of the year – an old injury suffered while playing Army Rugby at West Point has been continually spiraling downward over the last decade, to the point where I could hardly walk, and every game of 40k played hunched over a table left me a debilitated mess (which had no small influence on my decision to booze it up as a measure of pain control).

I can walk again! I can’t lift anything heavier than 15 pounds for the next couple months, so my retinue of Imperial Titans converted into heavy duty cyber-stompas is going to have to collect dust a bit more. I joke; I don’t particularly like Apocalypse games. 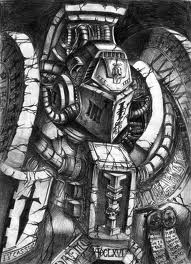 Well I’m finally finishing this out from back in July. There have been one or two people who bring it up regularly and I felt like I should complete this especially since I’ve been on such a Terminator kick this last year. You can see the other two articles here:

Grey Knights are the third book that can take terminators as troops. Grey Knights are unique though in that they can take two different kinds of terminators as troops. Paladins and standard GKT’s. I’m going to split the two because I don’t think they mesh well in a single list. So we’ll start with the Paladins J
Read more »
Posted by Hulksmash at 9:50 AM
All Terminator Lists Part 3: Grey Knights!
2012-01-27T09:50:00-08:00
Hulksmash
Army Building|Grey Knights|
Comments

I know I’ve been quiet this week but it’s been a bit busy. I did get a practice game in with my Nid list seen here: http://hulksmash-homeplace.blogspot.com/2012/01/tyranids-1850-no-mc-starting-point-list.html

I learned quite a bit about how the army functions and supports itself. However the game was against foot orks where I made almost innumerable mistakes due to DoW and me not being familiar enough with how this type of Nid army functions. Basically I got soundly thrashed. The issue was not focusing my forces and hitting together. I should have accepted an extra turn of shooting for all of my units to hit together. Also Orks are ugly for this type of list with all the Klaws that are around and the sheer number of attacks it makes the multi-wound creatures far less survivable than normal.
Read more »
Posted by Hulksmash at 7:41 AM 1 comments 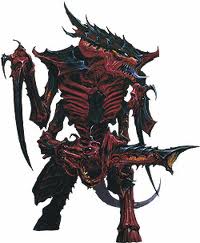 First I’d say buckle in. This is going to be a long one.

Second, I have to send a damn you out to L'Etat C'Est Moi for re-sparking my interest in Nids. I fell away from them a bit after running them for most of the early part of the year last year in favor of other armies. Not because I didn’t find them competitive but because I was getting burnt out.

Nids are a funny army for me. It’s one that I tried to build back in 3rd edition with a friend but we never finished it and the models disappeared. Neither one of us to this day knows where they went. Fast forward almost about 6ish years and I build a list for early 5th edition using the last book. Loved it. Played it pretty heavy for quite a bit and then put it down. The new book comes out and I make a few conversions and poof, new army. I play that off and on for a bit but my Admech Daemons pull me away. Later I decide I really wanna run me some Nids so last year I played them almost exclusively for 6 months before putting them down again in favor of Space Wolves and Deathwing.
Read more »
Posted by Hulksmash at 1:16 PM
Tyranids & Me & List Design in the Age of SW, DE, & GK
2012-01-11T13:16:00-08:00
Hulksmash
Army Building|Tyranids|
Comments 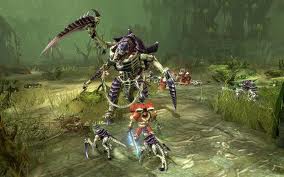 Yesterdays article really got me thinking about my Tyranids. Now I'm in the process of replacing my converted Hive Guard with the actual models now that they are Fine Cast. I've slightly tweaked my list from last year to something a little more shooty to help deal with GK's since I don't want to be fighting them in CC to often. Here is one of the options I'm considering: 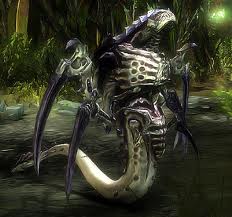 So I was reading Dakka on Friday and I headed into a section I rarely head into anymore for fear of my sanity. The Army List section. I know most of you are thinking WHY? Well it kinda worked out. L'Etat C'Est Moi, who comments on here, had put up a Tyranid list for review for the upcoming Darkstar GT which I’ll also be attending. I read it and asked permission to post my response and thoughts on the blog and was given permission. Here is the list complete with the builders comments:
Read more »
Posted by Hulksmash at 5:00 AM
List Building Help: Tyranid's 1,850
2012-01-09T05:00:00-08:00
Hulksmash
Army Building|Army Lists|Tyranids|
Comments

First RTT of the New Year is Re-Scheduled

Not the actual event itself. Just my participation. Next week will now be the first event for me. It's a prep tournament at Fantasy Flight Event Center for the upcoming Darkstar GT. Sorry guys, no batreps this week unless I get a game or two in at the local store. 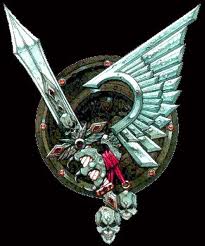 So there is an 1,850pt tournament this Saturday and I'm thinking might be fun to run: 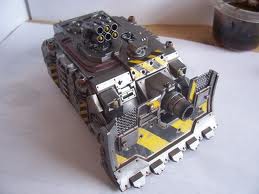 This was something I was thinking could be fun. It's something that I think is fairly competitive even against extreme builds. It also moderately fits the theme for the models I'm building. 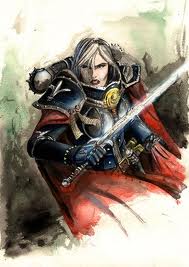 Forgeworld in 40k – My Thoughts 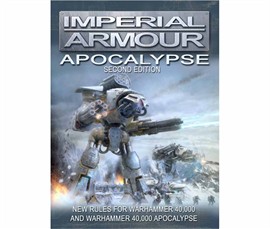 This was a question asked in my “What would you like to see” thread so I thought I’d throw out my views on this.

I love Forgeworld. The books are amazing and so are many of the models. I love the way it looks on the table top and I love the idea adding of new units into my various armies. Why do I say the idea? Well simply because I currently don’t invest in too many FW models that can’t be used in some capacity as a unit existing in a codex. For instance I’ve been considering picking up two Contemptor Dreads to use as Dreadknights due to how awesome they look.
Read more »
Posted by Hulksmash at 5:00 AM
Forgeworld in 40k – My Thoughts
2012-01-03T05:00:00-08:00
Hulksmash
Tournaments|
Comments

Email ThisBlogThis!Share to TwitterShare to FacebookShare to Pinterest
Labels: Tournaments

Iron Within, Iron Without 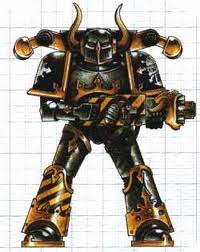 So most of us have heard that the new Chaos codex might be coming out in the next 5-6 months. For most of those that don't know in 3rd edition I was an Iron Warrior nut case. It started with the Index Astartes article in WD. The look and feel of the army made me smile. Thanks to the rumors of the codex, that damned short story in the Horus Heresy anthology book, and the fact that I sold off my previously painted Iron Warrior army a year ago or so I've decided to build a new Iron Warrior army. This one painted and modeled to my current standard.