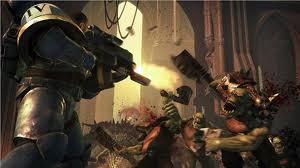 First off thank you all for the particiaption in the last post. There were some good thoughts but this is one I wanted to address directly as it King does a good job at stating why he perceives the games as slanted toward shooting. This is naturally open discussion. Everyone is entitled to their opinion and I'm not cutting or slamming TKE. I felt I should point that out as, while I'm sure TKE knows it, I wanted to make sure other readers did too.

Vis-a-vis a shooting game, however, I have to disgaree that the two are perfectly balanced in the core rules. The fact that you hit vehicles on the Rear is poor compensation for hitting them on 4+ or 6s virtually any time you catch up to one you haven't already damaged, only getting a single strike from Grenades, Melta Bombs not being AP1, and then the myriad issues with time constraints, distances, blocking, bubblewrap, and the fact that (barring Kharn) it will always be easier for skilled shooting units to hit and thereby have a chance to inflict damage than for combat units* - there are a great many more limiting factors to inflicting melee damage than shooting damage.

Is the gap as wide as perhaps it is sometimes asserted? No. However, if hyperbole is the only way to get people to pay attention to the debate long enough to see for themselves the inequality, then I have no qualms with that.

* - For anyone who doesn't already realise, this is two-fold: the fact that you can hit on a 2+, and often with a re-roll built in, shooting, but can't in CC; but also because shooting rolls to hit are based only on your own ability without the comparative process for Weapon Skill. A Shooting unit will always be exactly as good at hitting in any circumstance, but a combat unit is inherently less reliable, despite the variation being small and unusual, but they also variably take damage BACK, a much more important factor as they can hit things that kill them much more easily than they'd like.

Email ThisBlogThis!Share to TwitterShare to FacebookShare to Pinterest
Labels: Rants

So…..lots of stuff in that title J

This post is going to be long. It might be a bit ranty here or there and might be a bit holier than thou in some places but I feel some of it needs to be said. Also I’m going to try and intersperse it with photos to break the text wall and entertain you with boobies (images stolen from my buddy Spags at TheBack40k cause I'm at work and looking might not be a good idea).

We’ll start first with NOVA. This part is a little gushy. This is the event that started a firestorm. There was a cry for a while for a more competitive format (in terms of clearly defined winners based on record) and Mike Brandt stepped up and took on the challenge of creating a tournament to provide it. His ideas influenced quite a few events in one way or another and normally in a good way.

Clarification: Now to be clear I’m not saying that Nova is the only or best format but I do feel Mike’s openness in his approach and his general urge to reach out to the community has helped create the environment we have on the circuit. Right up there with the guys from Adepticon, WargamesCon, and newly on the scene Reece’s group over there at Frontline Gaming.

And this format is Mike’s baby. He’s constantly tweaking and playing with it. He takes in ideas on how to make it better from the community and builds on it. In other words he’s a great TO. Some of you might be wondering why I’m blowing smoke up Mike’s ass. It mostly has to do with the fact that, as an event that is often considered the flagship for competitive 40k (even if all 40k is competitive in its own way), Mike takes a lot of hits from parts of the community and that can be draining on a person. Especially when the heat he catches is primarily from a small subset of people who consider themselves a big part of the competitive community. Most recently it’s been about terrain which segues nicely into the second part of the title. 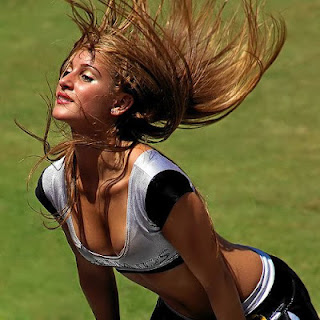 Email ThisBlogThis!Share to TwitterShare to FacebookShare to Pinterest
Labels: Rants

Well I can't help but support another local GT that's coming up a week from Saturday. It does include re-rolls which since I've signed up so late I'm not going to get but that's ok. I'm just down for playing some more games. That being said I'm breaking out my Daemons for the event. I'm currently painting the 12 new fiends I've built and the 2 heralds of khorne. Here is the list I'm taking.