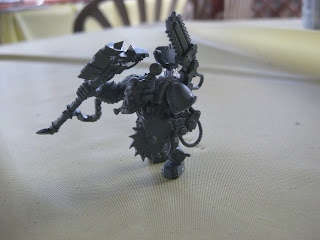 Adepticon is past and I've still got 3+ GT's lined up for the summer and as I was going thru my models and reorganizing my cases I've found a metric ton of my mostly built Orks. This got me thinking that I'd like to get another army painted up and that I kinda want to bring back my orks. I've got everything I need 90% built but the whole army needs a painting and this is what I'm thinking of running right now:

We Are the Champions!

Well even though one of my teammates beat me to the punch I’m putting up more of the details and breaking it to anyone who doesn’t read his blog or that hasn’t heard yet. 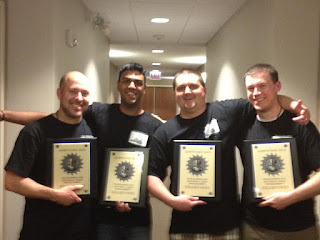 
That’s right my friends. My team of ringers carried me to the top spot at the 40k National Team Tournament. The team consisted of Nick Nanavati, Aaron Aelong, Andrew Gonyo and myself. All of us have either won Best Overall or General at a GT in the last year. I met Nick two years ago at the first Nova and met Andrew and Aaron this year at the Nova. I got along great with all three and thought it’d be a great group to get together. Well, at least one that wouldn’t kill each other or inspire other teams to kill us (outside of pure jealously for our amazing good looks that is J).
Read more »
Posted by Hulksmash at 10:17 AM
We Are the Champions!
2012-04-23T10:17:00-07:00
Hulksmash
Adepticon|Army Lists|Tournaments|
Comments 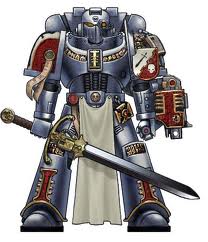 Here is my third and likely final option since I didn’t have the time to finish up my Admech Daemons like I’d planned (stupid real life getting in the way). It’s another all foot list but one I think is very strong. You’ll notice that it’s a bit different from the list I won the Darkstar with.
Read more »
Posted by Hulksmash at 5:00 AM
Adepticon - Army Option 3
2012-04-18T05:00:00-07:00
Hulksmash
Adepticon|Army Lists|
Comments 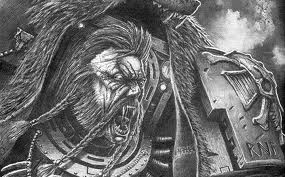 Here is the second bag that is sitting by my front door in anticipation of leaving on Thursday. I think you can guess from the picture which book this army crawls out of.

With Adepticon fast approaching I figured I’d put up some of my army lists over the next three days. So this is my first list I’m considering taking to Adepticon. Everything is painted to a decent standard and I’ve done well with this sort of list in the past.
Read more »
Posted by Hulksmash at 6:12 AM
Adepticon – Army Option 1
2012-04-17T06:12:00-07:00
Hulksmash
Adepticon|Army Lists|
Comments

I know it’s been nearly a month since my last post but life just got a little to nuts personally for me to spend much time on the hobby. However it looks like things might finally be moving toward normal and with Adepticon on the horizon I figured I’d put some stuff up here.

First off I’m super excited for the 10th year of Adepticon and can’t wait. My schedule for the weekend looks like this:

Thursday: Arrive in the early afternoon. Meet up with some friends and team mates. Basically register and socialize J

Friday: 40k Championships! It’s a 4 game day for those who aren’t aware. I currently don’t know what I’m bringing yet but I’m sure I’ll figure it out before I head out in six days.

Saturday: 40k Team Tournament. My team, “They Shall Know Fear”, will be rocking it out with GK’s. I’m looking forward to an awesome day of gaming with Nick, Andrew, and Aaron. And thanks to Andrew we’re going to have a fully painted 4k worth of GK’s stomp the yard with.

Sunday: Either hanging out or playing in the final 16 from the Championships. In all likelyhood I’ll be hanging out J so I’ll probably be bouncing around noon or so. Might get a game in against some people from across the country that I don’t get to see often.

Hope to see you guys there. If you’re around and see me don’t hesitate to say hey!