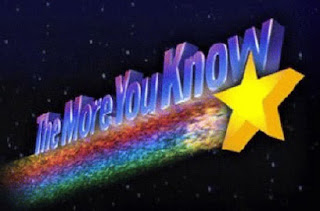 So I think a lot of people are misunderstanding how these mechanics work and are making this into a bigger issue than it actually is.

Here is what I’m thinking as I’m pretty sure I understand the mechanics behind how Lookout Sir and wound allocation work. And from what I can tell it’s no slower and might be faster than wound allocation in 5th. Now this is just an idea and if I’ve got a mechanic wrong or it doesn’t make sense let me know. I was a little wrong in how I initially interpreted it but with some help from the guys at the YMDC over on Dakka we think we've worked out a way to speed this process up (and so massively speed up the game)

We’ll start with the example units and then go through it step by step, the initial number of wounds is just a number, and this will work for Shooting:

Step 2 – If they all have the same save (and they should) then roll your saves and FnP’s. Let’s say 5 wounds go thru

Now in a normal unit you would just allocate from closest to farthest. But since this is a unit of characters with 2 wounds each to increase your survivability this is how you would do it quickly and easily. Those 5 shots would kill 2 nobz if left unallocated and wound a third. So instead what you do is:

Step 3 – Roll all 5 "Lookout Sir" dice together. Allocate the ones you pass as you see fit within 6" and start removing casualties from the front. So say 2 passed and 3 failed. The front model would be removed, the second closest model would be wounded, and you would allocate the remaining 2 wounds as you saw fit within 6" of the initial model.
The great thing is that this can all be done with 3 dice rolls instead of a bazillion individual ones.
You can do this more efficiently with an IC in the front of the unit. Especially if they all have the same save.  If they have a different save you have to allocate before rolling any saves but if he’s got the same save as the members of his squad you still get to take the saves first and then get to allocate on a 2+.

For Close Combat you do the same thing except that your opponent must nominate the order in which his models will die. This is so you can again roll just 3 sets of dice (maybe slighly more depending on the number of wounds on the models in the unit) instead of rolling one at a time on character units.

If you have a character in the combat with a different armor save but don't want to allocate to him first (since then you have to roll until everything is saved, Lookout Sir'd, or he's dead) this is how you could speed up the dice rolling.

So the front 5 models are in b2b in a nob squad. The E's inflict 20 wounds (all at the same initiative). This is how I would proceed (assuming this time I'm the ork player being attacked).

I would nominate my regular nobs in the order I'll choose them to die. So there are 8 possible wounds there. I would roll 8 saves and then 8 fnp and then 8 Lookout Sir's. I would distribute as noted earlier, count how many wounds were left before wounds would get to the IC, and roll that number as a group. Repeat until the wound pool is empty or you have to roll for the warboss because the other 4 guys are completely dead.

Or if you wanted to take them on your warlord (IC) you could roll 3 LOS at a time until you hit 16 (or you are dead from failed LOS and Armor saves) and then the armor saves & fnp's on the nobs (since they only have 16 wounds between them) and distribute the wounds across them as appropriate. Do this until all 20 wounds have been accounted for.

I’m 99% sure I’m reading and interpreting this correctly and if I am it’s not going to make wound allocation to complicated outside of a single 2+ save 1 wound model being the squad leader and being the closest model which will cause you to roll one dice at a time.


On units with mixed armor saves it's a bit more complicated but the above should work in lots that number the initial amount of same armor types. Unless you're taking them all at first on the highest armor save then you have to roll based on his number of wounds till they are dead. So Pally units will still be a pain in CC if all your wounds are AP2 and he has swords, staves, and standard saves. But overall I think this could really speed up what most people are seeing as the biggest time stumbling block for 6th.


Let me know what you guys think. It might not even be a bad example for packets in events you run so people understand how it works since so many people seem to be reading it incorrectly (possibly including myself!). It'll also be a good thing because I think we are going see a massive upsurge in these types of units. And it applies to characters leading squads of multiwound models in CC as well like TWC Lords w/TWC, Khorne Jugger Heralds w/Bloodcrushers, Commisars w/Ogryns, Primes w/Warriors or Fexes, DE Characters w/Grotesques, and Destroyer Lords w/Wraiths. It's a pretty long list :)

Posted by Hulksmash at 5:00 AM